New York is probably the least accessible city I’ve ever attempted to navigate. The subway system is hopelessly outdated and downright dilapidated in places. The city’s grid system means that subway routes are laid out in direct lines without converging so to change direction, one must constantly return to the surface before descending to a different station and lifts are pretty non existent. Luckily for me and Mr. B, this was Harry’s third visit to the city so we surrendered to his memory and sense of direction. Where he led, we followed. It also meant we visited some outstanding but lesser known, locals haunts that he had been introduced to on previous visits. These included Murray’s Bagels where the queue was out the door but one single mouthful was worth the wait. Bleaker Street Pizza was another highlight. This unassuming corner cafe with absolutely no airs or graces that served simply the best pizza I have ever tasted in my life!

Our sightseeing day began with Top of The Rock, a speedy escalator sped us to the roof of The Rockefeller Centre and panoramic views of Manhattan. as luck would have it, we’d chosen the brightest, clearest day and could See for miles, it was breathtaking!

Top of The Rock

When in New York, Central Park is a must and on my tick list was a carriage ride. Similarly to gondolas in Venice, this is a fairly costly experience but worth every penny! The three of us snuggled under a blanket and off trotted Michele our sturdy horse. Our jolly driver pointed out famous movie locations from Elf, Home Alone, John Wick and Breakfast at Tiffany’s and we all booed as we passed Trump Tower. Afterwards it was the turn of James to fulfil one of his holiday goals by tucking into a typical street vendors Chilli Dog. Of course it tasted revolting but at least he can say he’s had one! 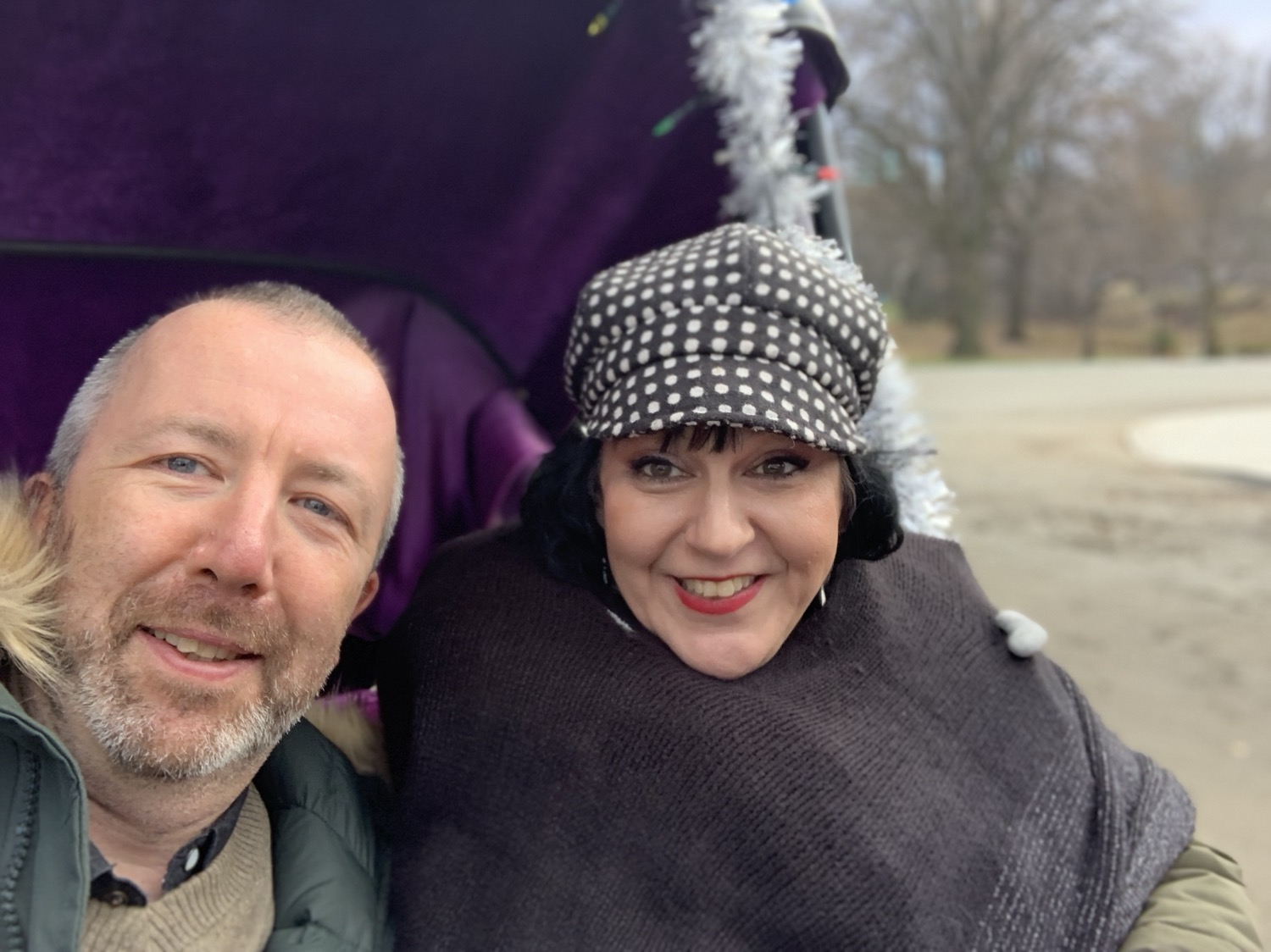 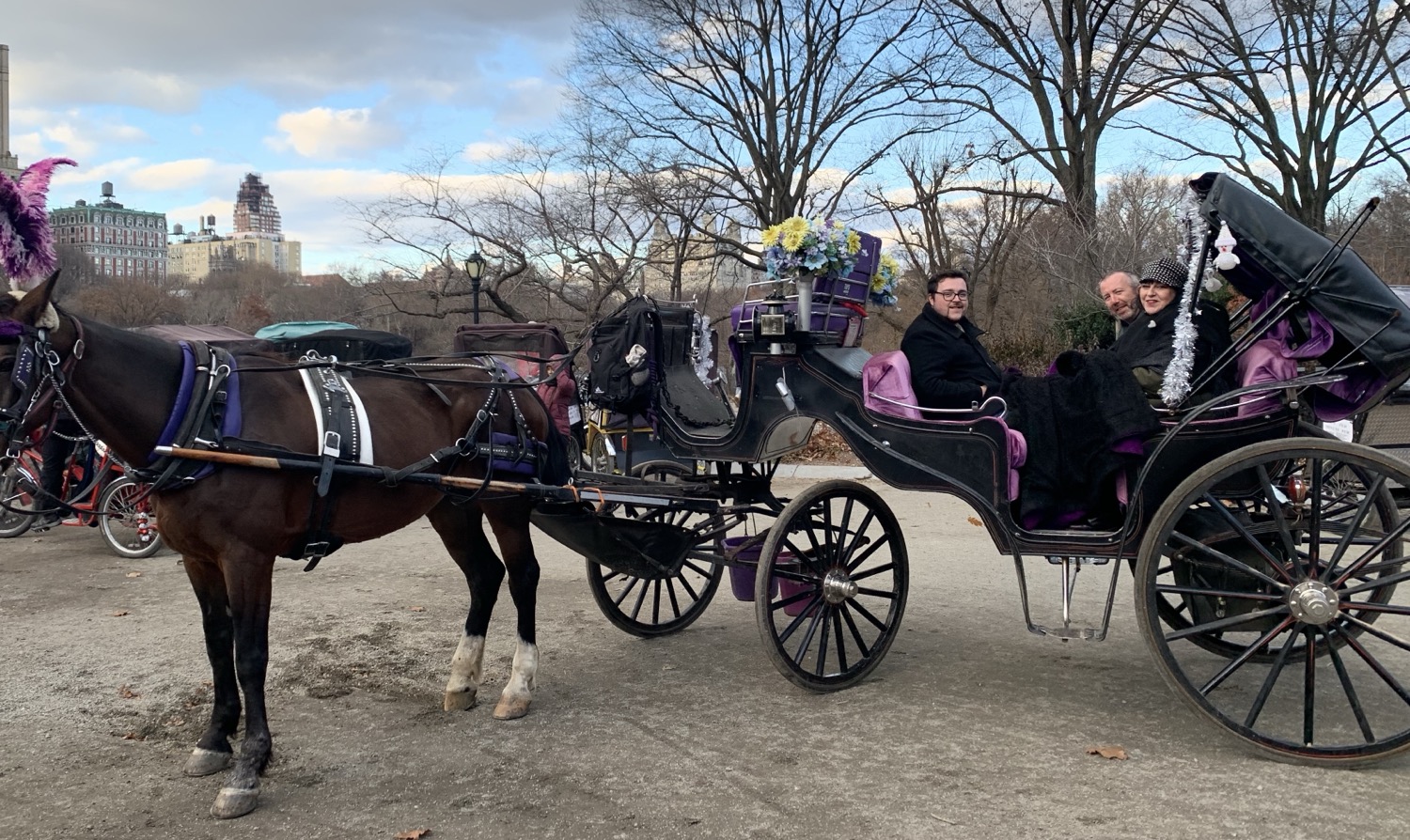 Columbus Christmas Market was next on the schedule where new hats were the order of the day as it was getting decidedly chillier!

Thankfully our evening entertainment was a movie location and Christmas Lights Tour hosted by the delightful Carly from On Location Tours sat down comfortably in a warm bus. NYC by night was magical and we were dropped off at Macy’s, Berghoff and Goodman and Bloomingdales to view their spectacular and world famous window displays. The highlight however was a hidden accapella singing group who had ridden on the bus disguised as passengers and surprised us with a wonderful rendition of Walking in a Winter Wonderland. It was so Christmassy and so American and so perfect!

Life on Hold in Limousin