It turns out that in NYC the Saturday before Christmas is one giant Santa Con (convention for anyone who isn’t a ‘geek’). Arriving at Grand Central, we were surrounded by a sea of red and white; traditional Santa’s, sexy Mary Christmases, assorted elves and Merry people wearing Random festive clothing. It was a bit surreal but definitely enhanced the Christmassy feeling as we made our way to our home for the next three nights; The Soho Arlo. After checking in and storing our suitcases, impressed with both the hotel and friendly service, we set off for Times Square. We emerged from the subway and immediately that sense of being on a film set returned, something which continued to occur throughout our trip. 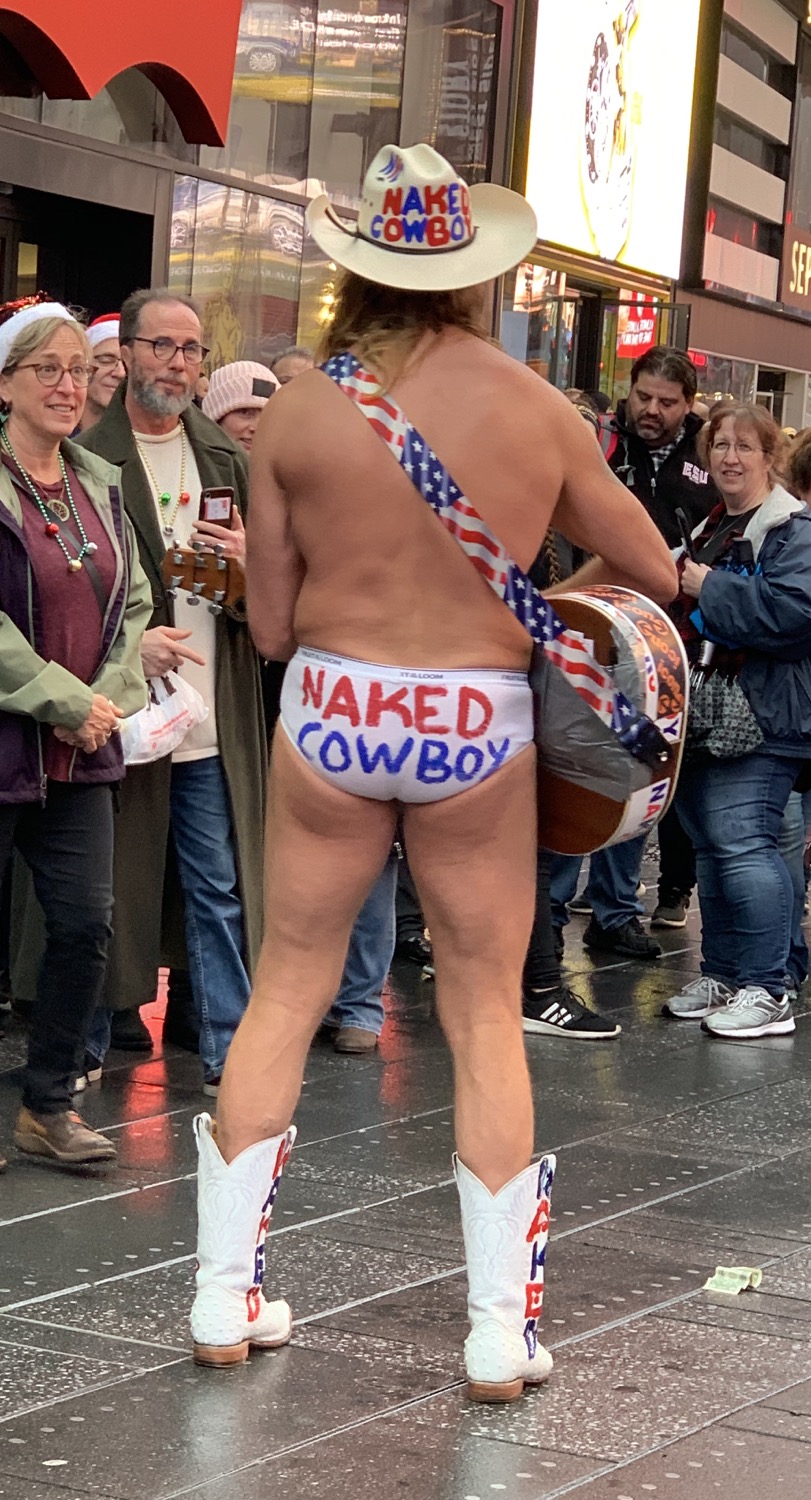 Leicester Square and Piccadilly Circus pale into insignificance compared to this epic centre of New York. The tips of the buildings around us were shrouded in mist which made the gigantic advertising screens stand out even brighter. In the sea of people around us were thousands of Santa’s, a small but loud group of Anti Trump protesters, buskers, living statues and the world famous ‘naked cowboy’ who must have been freezing! Different Languages, American dialects and accents surrounded us. It was our first truly iconic view of the city and we loved it! The Holy Grail of Christmas however was The Rockefeller Tree and after a brief pit stop for food and margaritas we continued our quest.

Something you look forward to for years and years can often turn out to be a disappointment but clapping eyes on that magnificent towering tree bedecked in tens of thousands of sparkling lights was everything I’d hoped it would me!

Not content to view from afar, I led Mr. B and Harry through the crowds, taking full advantage of being on crutches until we found ourselves right underneath those hallowed branches. It was incredible and I was quite overcome with emotion! I had to be dragged away misty eyed eventually but another margarita, frozen this time, soon cheered me up and then we topped off the day with a Broadway Show.

Without the crutches I’d so nearly left behind, I’d never have made it back to the hotel but we managed and immediately fell into a contented but exhausted sleep!

Yes ... I really was that happy to see a Christmas Tree!

Rock of Ages and a welcome sit down!

Life on Hold in Limousin